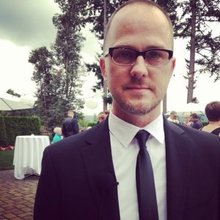 I had the opportunity to speak last week at my local ISSA chapter on the topic of Securing the Software Development Lifecycle. Given the interest it generated among the attendees I realized that this is a topic for MUCH further discussion worthy of at least a few blog posts on thatsjet.com. Today’s post is just a high level introduction, hitting the high points of my talk and in the coming weeks I’ll be writing a few follow up posts with greater detail around the finer points.

Today’s organizations buy or build software at a rate MUCH quicker than we can secure it. That is just a fact. In a 2011 article on Forbes, author David Kirkpatrick described the problem well.

I’ve heard top CEOs of the Fortune 100 say much the same, realizing that where yesterday they were managing the business, relationships, and customers; today they are managing teams of software developers, advanced persistent threats, and mountains of critical data.

So, with the volume of software increasing it’s no wonder that the number of security incidents reported globally are increasing year over year. According to the 2016 Data Breach Investigations Report from Verizon Enterprise Labs (Figure 1.1), web applications were the TOP attack vector, comprising 40% of the total number of breaches in 2015. Add to that the various other attack vectors that fall into the “software” category, and we have a serious problem of scale for our efforts to secure them.

So What Do We Do?

Next Week I’ll talk more about the problem of Secure Software Development at Agile Speed, but before we all hang ourselves over the scope of the problem, let’s examine a few ways to become part of the solution today.

As a developer for many years, one of the great migrations I’ve seen is less about technology and more about process. Software projects used to take months or even years of planning, development, and testing. With the shift towards Agile and Agile-like methodologies such as Kanban, XP, and others, we’ve broken changes down to smaller bits that we attack on a daily, weekly, or monthly schedule in “sprints” which drastically improves time to market and our ability to innovate.

The problem though, is that much of the information security process has failed to adapt to this change. A large part of our threat modeling and risk analysis was so tied to the long term schedules of the waterfall process of days gone by that we failed to keep pace with the change. It’s easy to blame the lack of qualified practitioners or budget dollars, but the truth is, we desperately need to re-think how we engage with our innovation minded peers.

So what can we do to catch up?

Agile development isn’t just about changing the development timeline, scope, or process. It centers around some other key elements that I believe hold the key for information security.

A key function of Agile processes is the heavy emphasis placed on good collaboration. Daily stand up meetings, which are simply a quick hallway chat, round table, or conference call (by quick we mean like 15-30 minutes) are a standard practice.

So, the first thing to do is ask yourself “how can I better collaborate with software teams?”.

Three ways I’ve found to bridge the collaboration gap are:

The next thing we can do to think Agile is STOP THROWING THE ENTIRE SET OF DISCOVERED VULNERABILITIES OVER THE WALL AND EXPECTING THEM TO GET FIXED! DAMMIT!!!

No, but seriously. One of the next greatest parts of the Agile mindset is breaking the problem down into small “stories” that can be completed in a single sprint. So how can we do this in terms of security?

First, I would suggest we start by paring down the OWASP Top Ten to what I like to refer to as the OWASP Top 2, namely Cross Site Scripting (XSS), and SQL Injection (SQLi). This benefits us in two ways. First, by setting a filtering policy on our vulnerability result set such that we limit the number of vulnerabilities requiring immediate action we take advantage of the Principle of Psychological Psychological Acceptability, playing to the mindset of developers that we are a trusted advisor, helping THEM secure the software their company needs to compete. By and large XSS and SQLi are in my experience the most frequently found and easiest flaws to remediate. By starting with these we drastically reduce risk, quickly, without creating a scenario where developer simply ignore us in favor of creating the next innovate shiny widget.

Once we eliminate the top flaws, then we open the policy valve to include the next item in the list like Carriage Return Line Feed (CRLF) and so on.

Finally, the last way we can adopt an Agile mindset is similar to the last point. We’ve all heard the concept of “crawl, walk run” but this is probably one of the most important points in this post:

“Perfect is the enemy of good… or good enough”

In our zeal to secure.all.the.things… we sometimes become our worst enemy. If we’re going to think Agile, we have to learn to iterate. Do a little now, do a little more, and eventually we’ll be done. Or maybe almost done, as new flaws will be introduced and new exploits will be found.

Wrapping up I’d definitely stress, to adapt to and ever changing threat landscape we have to learn not adapt our methods as well. Our adversaries tirelessly poke, prod, and adapt their tactics, we have to as well. Thinking Agile-like means sharing information, being part of the solution not the problem, and being willing to change.

I wish you the best of luck in your quest. Stay tuned for future updates and expanded ideas on the topic of Securing the SDLC.

Jet Anderson has over 15+ years web software development experience in a variety of fields. He started out programming Perl and Java back in the late 90’s and has since written software in over 10 languages. Jet recently joined Veracode as a Security Solutions Architect, supporting customers in their adoption of Veracode’s cloud-based security testing solution and designing large scale integrations across the enterprise application landscape.