What Is an Encapsulation Vulnerability?

Encapsulation refers to a programming approach that revolves around data and functions contained, or encapsulated, within a set of operating instructions. Applications become vulnerable to an attack when they fail to separate or differentiate critical data or functionality within components. When an encapsulation vulnerability exists, bad code creeps across software components or "leaks" from an application. This problem can also lead to cross-domain attacks. Without strong and clearly defined boundaries between control spheres, attackers can gain unauthorized access to data and functions.

Ask in the Community

Encapsulation Is a Persistent Threat 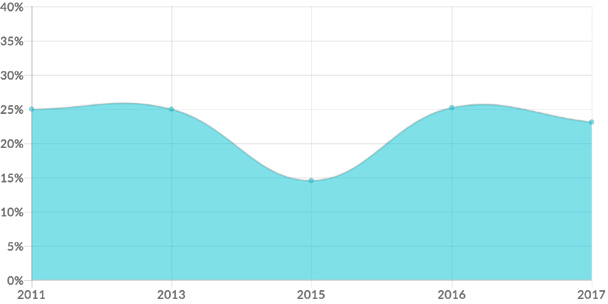 Anatomy of an Attack

Step 1: An attacker initiates a non-typical request to a web application or other exposure point and views the resulting error codes. These error codes provide clues about technologies, operating systems, product versions, and other system details.

Step 2: After obtaining detailed system or application information—including things like debugging information or logging data—the attacker fashions an assault based on known vulnerabilities. There are a variety of attack methods possible. These include trust boundary violations, protection mechanism failures, and deserialization of untrusted data.

Step 3: The attacker launches the attack to deny service, cause security mechanisms to fail, or crash a server. This breach can take place via a mobile platform, web server, or other computing system.

The Impact of an Attack

An encapsulation attack can lead to problems that range from relatively benign to catastrophic. By denying service, critical system functionality may be unavailable to users for a period of time. Switching off security controls may lead to extensive damage, including modified, destroyed or stolen data. There’s also the possibility of damage to applications and other tools and resources, or a ransomware attack.

In 2016, the San Francisco Metropolitan Transit Agency’s Municipal Rail (known as MUNI) suffered a significant ransomware attack based on an encapsulation vulnerability. The perpetrator demanded a US $73,000 ransom from the transit authority. The transit agency had neglected to patch a Java deserialization flaw that had existed for more than a year. Fortunately, MUNI officials were able to quickly restore systems from backups and thus avoid paying the ransom.

This example in C Language prints the path environment variable to the standard error stream:

This example in Java prints an exception code to the standard error stream:

The above example exposes a system to a breach by allowing an attacker to dump data into a console, write data to a log file, or view it as a remote user. The system may provide specific information about system vulnerabilities. It might also deliver general information or clues about the underlying operating system in use, the types or nature of applications, and the approach developers have taken in coding applications.

Here’s an example in C#

This example exploits a system or application using the same type of methodology as the Java example above.

The discovery of an encapsulation vulnerability requires an organization to cut access to the affected application, database, or system until it can be fully protected. In the case of ransomware, a backup allows the organization to return to a working state quickly and without paying the fee demanded by the attacker.

It’s critical to check all code for encapsulation vulnerabilities and protect all application sessions from information leakage. One of the most effective tools for this is static analysis. It’s also vitally important to understand how code functions and retest it in different environments and for different uses. For example, a code string may pose no risk in a single-user environment but may introduce a huge vulnerability in a multi-user framework. In a multithreading environment, it’s important to avoid storing user data in Servlet member fields and member fields to store information in the Servlet.

Veracode Can Aid in the Defense Against Encapsulation Vulnerabilities

Veracode Static Analysis can accurately identify SQL injection vulnerabilities and other flaws in your application and its third-party components and tell your developers exactly where and how to repair them. All without ever looking at the source code.