Cutting down on false positives with vulnerable methods for Ruby

What are vulnerable methods?

A vulnerable method of a library is a method through which a given vulnerability can be exploited. For each vulnerability in our database, our researchers:

To demonstrate how this looks in action, let's scan a Ruby project : 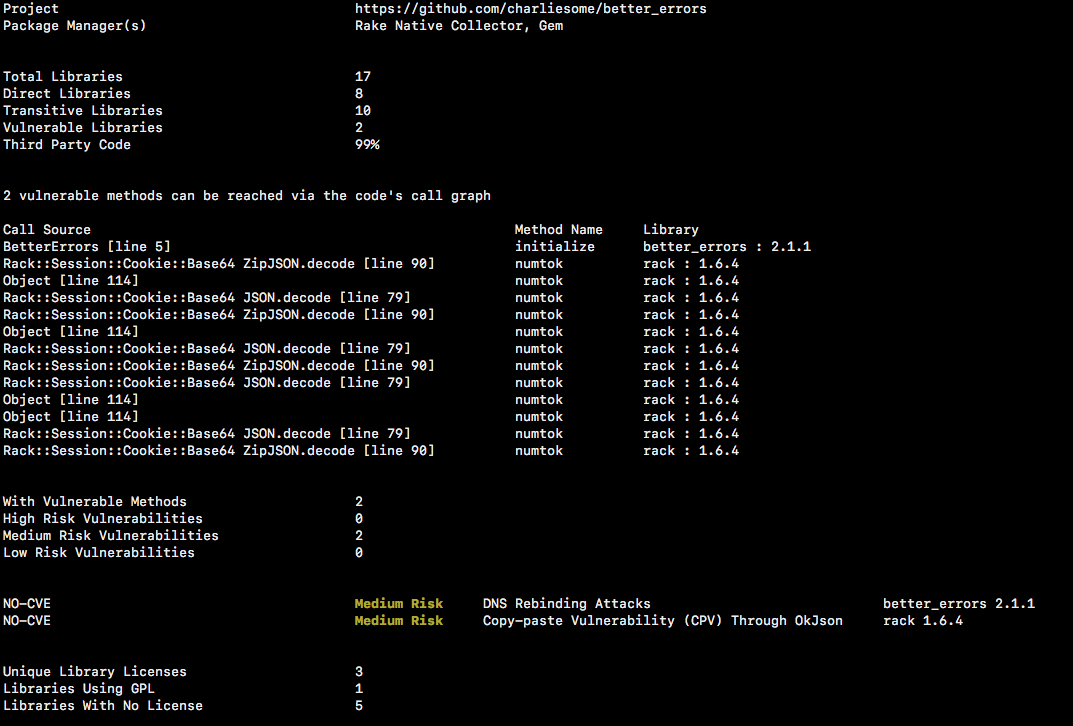 As you can see above, there is a call chain from the project code to the vulnerable method of two libraries that are used in the project. The SourceClear platform provides a full call chain which can be used to fully understand the control flow. If you would like to know more about how we generate call graphs, then you can read our previous post. 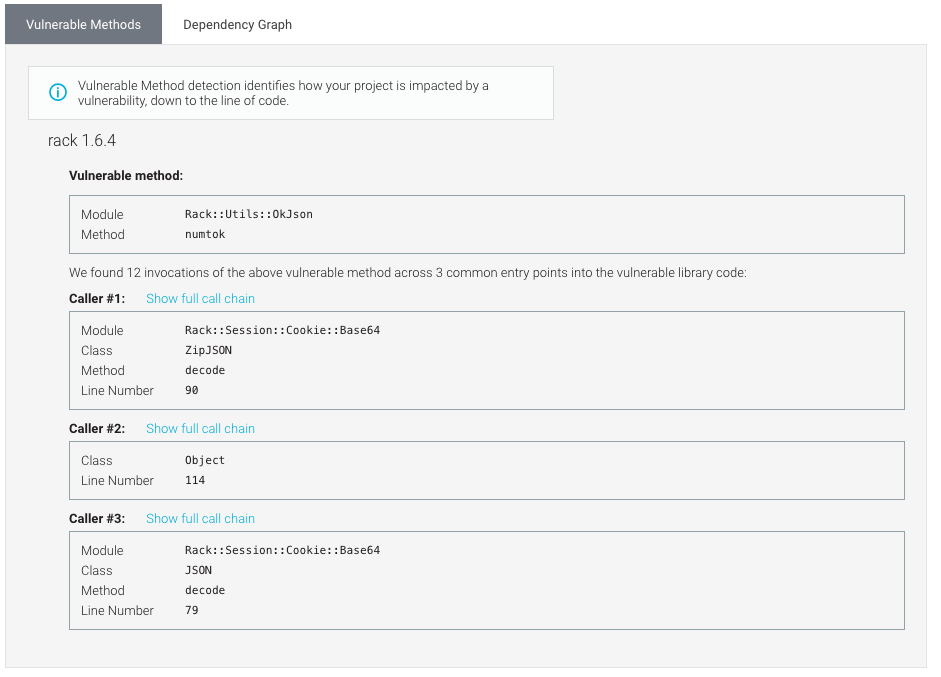 With vulnerable methods scanning you get more accurate information about the impact a vulnerability has on your application. If you are not calling the vulnerable parts of the library then you are not affected by the vulnerability, reducing the false positives rate in analysis significantly. To get a better picture on how vulnerable method detection helps reduce false positives, we analyzed the top 1,000 starred open-source Ruby projects on GitHub.

In order to build a call graph the project must build and scan: 860 out of 1,000 completed successfully from the master branch.

From the statistics you can see that, on average, a Ruby project had 54 libraries-out of which 4% have vulnerabilities. Do note that about 20% of libraries are included directly while the majority (80%) are included transitively.

You can scan this example repository to see vulnerable method detection for Ruby in action:

For more information on how to scan a repository, visit our docs.