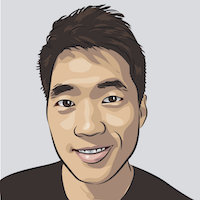 oday we released a new agent that supports scanning SBT, CocoaPods and Yarn projects, adding to the list of build systems and package managers that we already support. To get this feature users can simply update their agents (i.e. brew upgrade srcclr).

For an SBT project to be discovered by our agent, it must contain build.sbt. The agent uses our SBT plugin to build the dependency graph of the project.

The plugin uses SBT's dependency resolver to resolve the project's dependencies and their transitive dependencies. Once resolved, it builds a graph with that information, starting with the direct dependencies. The graph is then sent back to the agent to be processed later.

For a CocoaPods project to be discovered by our agent, it must contain either Podfile or Podfile.lock. If the project contains only Podfile, the agent will attempt to generate the lock file by running pod install. The agent parses the lock file to get a list of the dependencies and their versions and to build the dependency graph.

The agent parses yarn.lock to get a list of the dependencies and their versions. By comparing the list with the dependencies declared in package.json, the agent will be able to build the full dependency graph.

We ran our new collectors by scanning open-source projects on Github that use either SBT, CocoaPods, or Yarn.

To learn more about how to scan, check out the SourceClear Command Line Agent doc.

We hope this functionality will give you and your team more visibility into vulnerabilities as you're scanning your projects. As always, we're here to help. Contact us.

Hendy is part of the CA  Veracode SCA team, building software that scans and analyses software composition of projects.