Veracode Hacker Games: The Results Are In!

The first ever Veracode Hacker Games competition has come to a close, but were the flaws in favor of our brave competitors? Read on to find out.

Over the course of the two-week challenge, students from several universities in the U.S. and the U.K. came together to explore vulnerabilities and threats that they’ll one day face on the job. Competitors raced to exploit and patch real applications in Veracode Security Labs, a hands-on training platform that helps developers prepare for the threats they face daily.

The top teams earned some epic prizes too; a $10,000 charitable donation to the first-place school and a $5,000 donation to the second-place school, along with individual prizes and complimentary Veracode software for participating universities for a whole year, so students can continue sharpening skills while in school.

In short, the stakes were high, but the students did not disappoint! When all was said and done, competitors participating in the inaugural Veracode Hacker Games spent 51,859 minutes on labs in Veracode Security Labs – that’s about 864 hours or 36 days of secure coding awesomeness! Altogether, participants solved a total of 8,500 labs and accumulated nearly 100,000 points.

So how did it all play out, and which schools took to the top prizes? Here’s the final leaderboard for the first-ever Veracode Hacker Games: 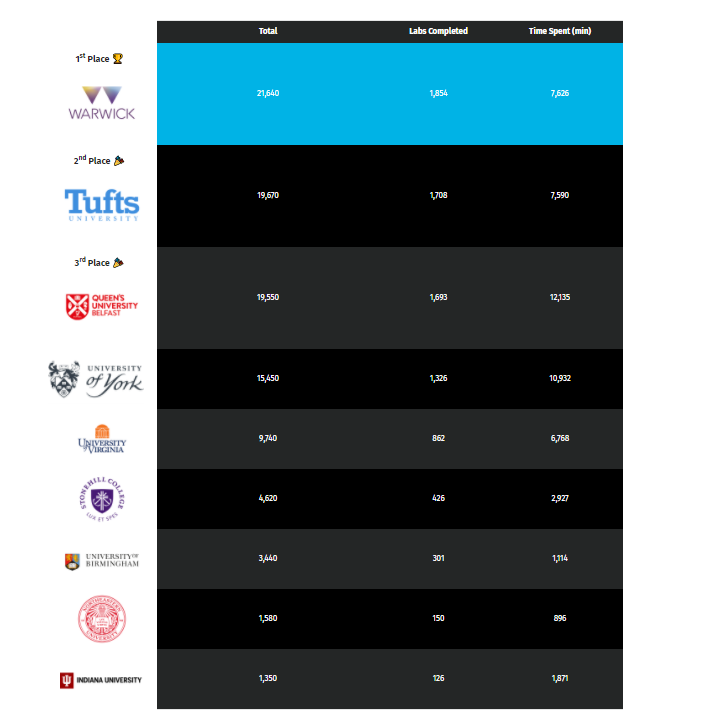 The leaderboard, broken down by the number of completed “labs” and how many minutes were spent in the platform, highlights just how hard all the participating students worked. Following a tough two-week battle, we’re excited to announce that the WMG Cyber Security Centre at the University of Warwick has been crowned the champion of the inaugural Veracode Hacker Games, with Tufts University coming in second place and Queen’s University Belfast rounding out third!

After a tense race in Veracode Security Labs, the University of Warwick team came away with an impressive 21,640 points and the esteemed title of Hacker Games Champion. Congratulations to the winning teams on some seriously impressive results! 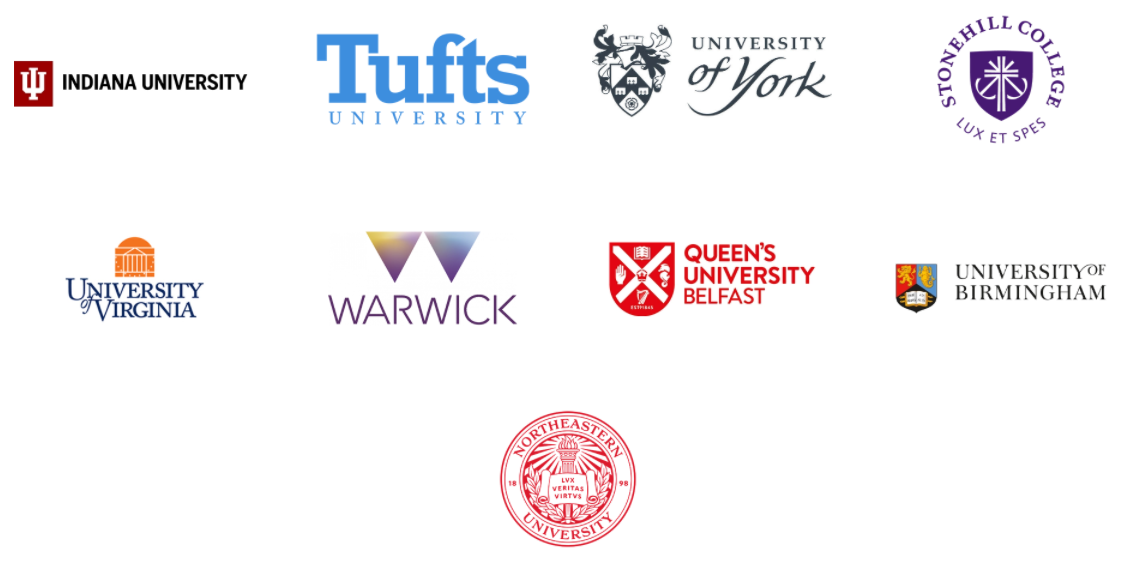 Total, we had nearly 90 talented students from the above nine universities: five in the United States and four in the United Kingdom. Students were excited leading up to the competition, sharing fun facts like their favorite coding snacks and stereotypes about programmers that they loathe (no, they’re not all shy!) – meet the team from Stonehill College below.

Participants gained vital experience with a real hands-on developer training tool, but also walked away with a deeper understanding of:

Contestants even got involved on social media, sharing their enthusiasm and warning others to watch out for their team’s skills:

A participating student and Ming Chow, Associate Teaching Professor at Tufts University, both shared the challenge on Twitter.

If you’re curious about Veracode Security Labs, check out the Community Edition here. It’s complimentary, featuring dozens of courses ranging from beginner to advanced and can get you started on your secure coding journey.

We had a blast kicking off the Veracode Hacker Games, and we hope all the participants did too! If you played a part in the challenge @ us on social media (Twitter, Facebook, or LinkedIn) and let us know what your favorite moment was.

Interested in participating in the next one? Send an email to Jason Lane ([email protected]) and keep an eye on our blog for updates about future competitions.

May the flaws be ever in your favor!