In order to perform a basic attack, a number of requirements are needed. An attacker needs the ability to inject a payload into the tables within the application. The application needs to allow a victim to download this data into CSV format that can then be opened in Excel. This would cause the payload to be interpreted as an Excel formula and run.

1. Search the application to find a location where any data input can be extracted.

3. Confirm the application is vulnerable to this type of attack. Extract the data and confirm the payload has been injected by opening the CSV file in Microsoft Excel. 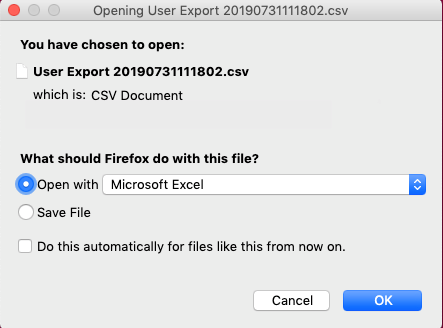 4. You can then see a “Click for Report link” in the Excel File. This indicates the payload has been injected correctly.

In this scenario, when the victim clicks on the link, it will take them to the Veracode website. This type of attack might not seem too serious, but consider the following:

Instead of redirecting an end user to the Veracode website, we could redirect the end user to a server we controlled, which contained a clone of the website. We could then ask the victim to authenticate to our clone website, allowing us as the attacker to steal his or her credentials. We could then use these credentials on the original website and have access to all his or her personal information or any functionality the account has access to. There are also a number of other attacks possible with this type of formula injection, including exfiltrating sensitive data, obtaining remote code execution, or even reading the contents of certain files under the right circumstances. We can look at one of these types of attacks below.

A more advanced attack would use the same method as above but with a different payload, which would lead to remote code execution. This type of attack does depend on a number of factors and might not always be possible. However, it’s still worth considering and also highlights how serious this vulnerability can be under the right circumstances.

1. We’ll use a shell.exe file, which can contain whatever we want to execute on the system but, in this scenario, we will use msfvenom to create a reverse Meterpreter payload.

2. We also need to set up a listener that will wait for the connect back to us once the shell.exe payload has been executed on the victim’s machine. We will use Metasploit multi/handler for this example. We need to set the LPORT and also make sure the IP address is correct. 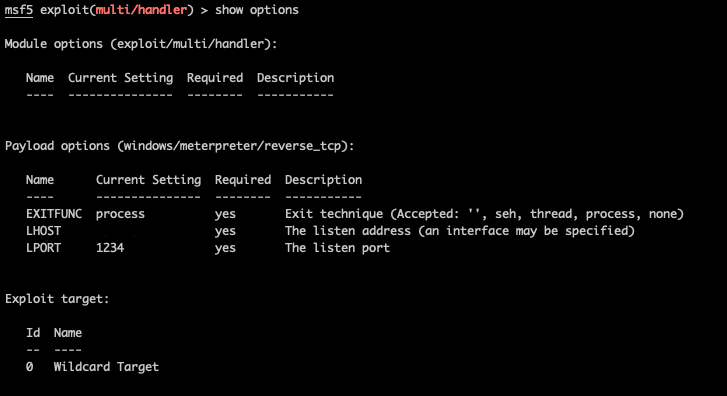 3. We also need to host the shell.exe payload so it can be downloaded. For this, I used the following command, python -m SimpleHTTPServer 1337, which will set up a simple web server in the current directory on my system. A real attack might host this on a compromised web server.

4. Once all this has been set up, we could then inject the payload into the application and wait for a victim to download the CSV file and click on the cell with the payload in it.

5. Once the victim opens the file, the CSV injection payload would run. However, it may present a “Remote Data Not Accessible” warning. The chances are that most victims would think the file has come from a legitimate source and so they need to select yes to view the data. It should also be noted that in this scenario the Excel file is empty apart from our payload. In a real-world attack, the Excel file would be populated with information from the application.

6. Once the victim selects yes, within a few moments, Metasploit will get a reverse connect from the victim’s host.

7. At this point, the attacker can perform a number of tasks depending on the level of access he or she has obtained. This includes, but is not limited to, stealing passwords in memory, attacking other systems in the network (if this host is connected to a network), taking over uses’ webcams, etc. In fact, under the right circumstances, it would be possible to compromise an entire domain using this attack.

When testing for CSV injections, in most instances, a tester will use a simple payload. This is due to a number of reasons. It’s not uncommon for a tester to demonstrate this type of attack by using a Hyperlink payload like the one above, or a simple cmd payload like the following =cmd|’/C cmd.exe ’!’A.

Some might also use the following payload depending on the operating system: ='file://etc/passwd'#$passwd.A1

This would read the first line within the etc/passwd file on a Linux system.

The best way to mitigate against this type of attack is to make sure all users’ inputs are filtered so only expected characters are allowed. Client-supplied inputs should always be considered unsafe and treated with caution when processing. CSV injection is a side effect of bad input validation, and other types of web attacks are due to weak input validation. To mitigate against CSV injections, a default-deny regular expression or “whitelist” regular expression should be used to filter all data that is submitted to the application. Because Excel and CSV files utilize equals signs (=), plus signs (+), minus signs (-), and “At” symbols (@) to denote formulas, we recommend filtering these out to ensure no cells begin with these characters. Any element that could appear in a report could be a target for Excel / CSV injections and should be further validated for CSV injection.

In summary, CSV injection is not a new attack vector, but it’s one that developers often forget about. As more web applications have the ability to extract data, it’s one that could have serious consequences if steps are not taken to mitigate the risk it poses. In addition, developers should be checking user input for other types of attacks like XSS.

Jamie Rougvie is an information security professional with more than seven years of experience. He currently works as a principal penetration tester on Veracode’s MPT team. Jamie has experience in both network penetration testing and web applications, and in the past has worked as a check team leader. Jamie loves a challenge and in his spare time loves to learn new things as well as help others learn.