There was a great discussion afterward talking through different approaches people had for mitigating these risks. Unfortunately, it's a bit more complicated than just updating your project dependencies.

When a vulnerability is disclosed, maintainers often recommend users upgrade to a "fix" version of a library.

This approach is often incomplete because:

To help make upgrading dependencies easier, The SourceClear Registry uses the notion of "Safe Versions", which are not affected by any known vulnerabilities and are computed automatically by our platform.

As an example, here's a library with 30 released versions:

This library has 4 different vulnerabilities associated with it:

Safe Versions of a library

First we mark the vulnerable versions of the library.

We don't want to downgrade a library, so we ignore the versions before the earliest vulnerable version and mark all other versions as Safe.

With this computed table we can determine the Safe Versions for each vulnerability of the library:

Since vulnerability D effects all versions of the library including v30, there are no Safe Versions of this library. If a fix is released in v31 and it passes the SourceClear scan, it will be marked as the Safe Version in our Registry.

Safe Version information is displayed on the library page for every vulnerability in our Registry. For example: CVE 2015-1427: 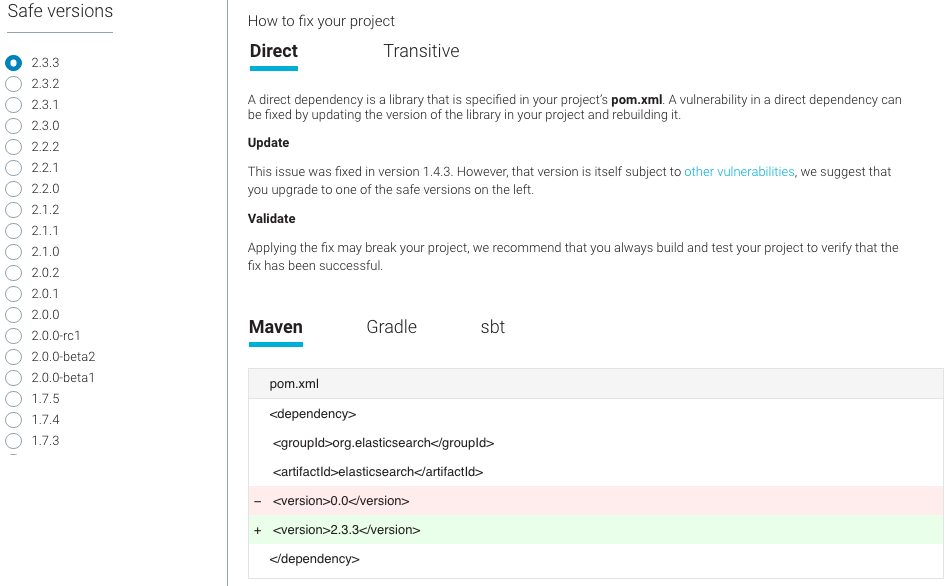