State of Software Security v11: How to Use the Findings

How can you better secure your applications? 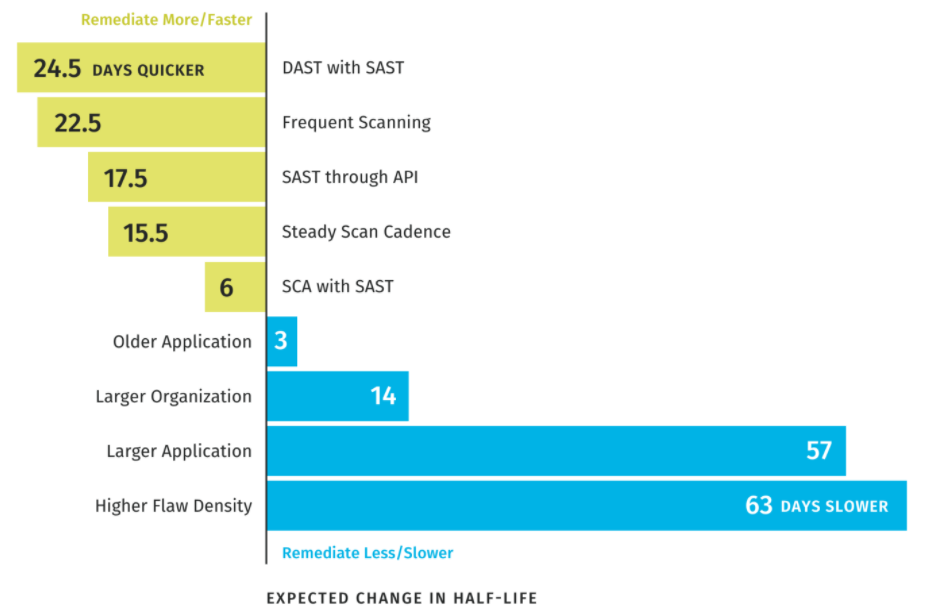 2. Scan frequently and on a regular cadence.

3. Integrate security testing with the API.

Just as we highlighted the benefits of using DAST with SAST, it’s important to use software composition analysis (SCA) with SAST. Why? First, this year’s SOSS report found that 97 percent of the typical Java application is made up of third-party libraries and that almost one-third of applications have more security findings in third-party libraries than native codebase. If you only employ SAST, your attack surface is a lot bigger than you think. In addition, this year’s research found that those scanning with both static analysis and software composition analysis improve time to remediation by an average of 6 days.

What flaw types should you keep an eye on?

As a security professional, you’re likely familiar with the OWASP Top 10 and SANS 25 vulnerability lists. But something you might be surprised to know is just how common these severe flaws are in applications. For example, the first flaw on the OWASP Top 10 list is injection flaws. Did you realize that 65 percent of applications have CRLF injection flaws and 28 percent have SQL injection flaws? Some of the other common flaws in applications include information leakage, cryptographic issues, and code quality. By knowing the most common flaws, as well as the most severe flaws, you can create a better plan of action for prioritizing and remediating flaws. 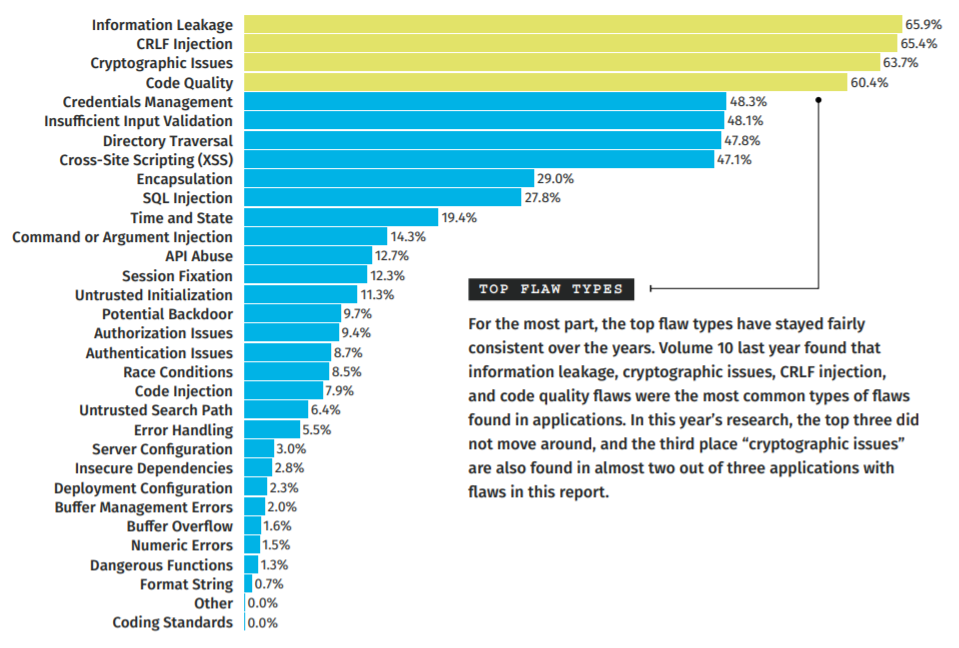 For more detailed information on our SOSS v11 findings, including regional differences, download the full report.