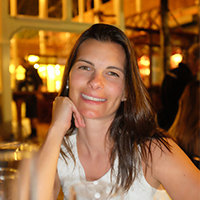 To stay competitive, every company in every industry has to not only create software, but also create it fast. This pressure has most likely trickled down to your development team, which is feeling squeezed to meet ever-tighter deadlines and continually get new products and features out the door. In turn, we’re seeing the adoption of new, speedier development and deployment practices, such as Agile, DevOps and CI/CD. But the frequent releases and tight deadlines that are hallmarks of these practices often leave security in their wake. Traditional application security solutions, which address security issues late in the SDLC, simply can’t keep pace with these new development practices. And if you’ve read any news headlines in the past few months, you know the consequences of releasing insecure software. Breaches are proliferating, and a recent Verizon study of 2,260 confirmed data breaches found that 40 percent resulted directly from web app attacks, by far the largest category.

In the end, we need to produce software quickly and securely, which means we need application security testing that adapts to development processes, not the other way around.

Veracode Greenlight gives developers the “green light” to code without security disruptions or delays. With Veracode Greenlight, you discover security-related defects while you are writing code, and fix them before moving on to the next task. In this way, you find these defects when they are the easiest and cheapest to fix – during development.

Get security feedback in seconds – in the privacy of your IDE

Nobody writes perfect code the first time around, so Veracode enables you to test your code easily and quickly within your normal development workflow. Simply install a plug-in to your integrated development environment (IDE) and use Veracode Greenlight to get secure coding feedback in seconds, privately in your IDE, so you can fix issues before you even commit the code. Because Veracode Greenlight was built using Veracode’s proven static analysis engine that has analyzed over 2 trillion lines of code, you’ll benefit from high accuracy and very low false positives.

Further, by allowing you to address the security of small units of code as you work, Veracode Greenlight alleviates the distractions that stem from analyzing the security of a whole application. These analyses often leave you with a long list of flaws that you can only address by stopping your current work to revisit unfamiliar code. In contrast, Veracode Greenlight returns results in seconds for the file or small package that you are currently working on.

Veracode Greenlight provides not only immediate feedback as soon as a flaw is introduced, but also contextual remediation advice to help you quickly fix the issue, and positive feedback when you’ve taken active steps to secure your application. In addition, you can rescan in seconds to ensure a flaw no longer exists, so you can actively learn while you’re coding and introduce fewer defects going forward.

Get started easily without provisioning servers or tweaking rules

Veracode Greenlight makes your life easier because it scans code through the Veracode Static Analysis engine, which has improved its accuracy with every one of the 2 trillion lines of code scanned so far – no rule tweaking required. Because the Veracode Platform is SaaS-based, it scales up to your needs without the burden of provisioning and maintaining servers. In addition, Veracode Greenlight scans passively in the background, without taking up resources on your machine.

Use an application security platform that works for development, security and operations

Ultimately, application security is a problem that affects the entire software development lifecycle and stakeholders throughout your organization; it requires a solution that works at each of these stages and for each of these parties. While Veracode Greenlight helps developers by scanning smaller units of code while they write it, Veracode Static Analysis provides security with the assurance they need to prove the application meets the organization’s security policy. Unlike solutions that use different engines for testing at different development stages, Veracode Greenlight and Veracode Static Analysis are based on the same time-tested engine, which enables:

Used together, the two products provide the only end-to-end application security offering that meets the security, speed and usability needs of both development and security teams.

Find out more about Veracode Greenlight at https://www.veracode.com/products/greenlight.