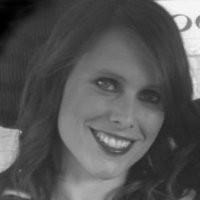 Over 3,800 officers enrolled in training, Freedom of Information Reveals

Along with so many other spheres of our lives in today’s digital world, crime has changed dramatically in recent times. Criminals are smart to the fact that cyberspace presents a lucrative alternative to more old-school methods. Or perhaps cybercrime is just attracting a different crowd to those whom your local bobby would traditionally encounter.  One tucked away in the safety of his or her own bedroom… far removed from the offenders that police officers have been trained to deal with.

In light of the increasing prevalence of cybercrime, Veracode was pleased to report this week that proactive steps are being taken within the UK police to upskill officers and equip them against this newer breed of criminal actor.

Veracode research, gathered from a Freedom of Information (FOI) request, revealed an impressive 100 fold rise in cybercrime training delivered to police officers, over a five year period. Of the 19 forces that responded to the FOI, the numbers of officers undertaking dedicated cyber security training has leapt from a mere 37 in 2010, to 3,829 in 2015.

Connectivity has forever changed business; mobile apps are now storefronts and employees are working from a variety of devices and internet hotspots, well outside the traditional crunchy network perimeter. The move to everything being online has dramatically shifted how crimes are committed, and as a result law enforcement teams should be well versed in all things cyber.

As for consumers and the general public, an issue looming large on the security horizon is that of the Internet of Things. Application vulnerabilities in internet-connected home devices could have the power to turn what might have been a simple burglary into a regional theft ring stretching beyond a single community or local authority jurisdictions. A local police force skilled at identifying and remediating such an attack early on might prevent a costly escalation.

The surge in cyber skills training amongst the UK police forces is reflective of the trend towards online criminal activity. These new skills will enable local forces to work with newly established cyber teams within the Regional Organised Crime Units, as well as providing support to National Cyber Crime Unit investigations of the most serious cybercrimes.

The BIS 2014 Information Security Breaches Survey reported that 81% of large organisations in the UK have experienced a security breach of some sort and collaboration between the public and private sectors is key to stemming the rise of cybercrime across the country.

Cyber security training exercises are a step in the right direction towards this. In addition, more specialised resources, such as cyber forensics experts, should be made available to local forces. By building the trust in the community in our police’s ability to deal with cybercrime, businesses and individuals will be more confident turning to law enforcement should they fall victim to this sort of crime.