How Cross-Functional Teams Can Take Agile to the Next Level 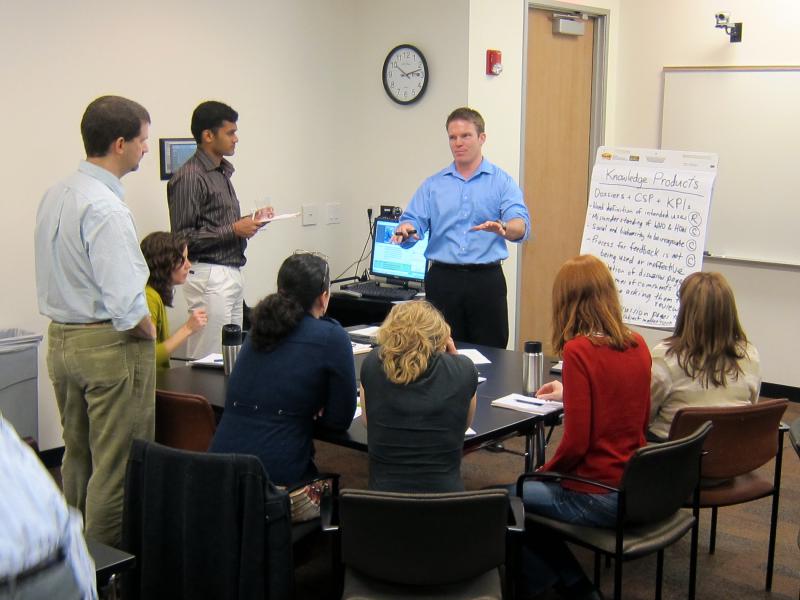 Agile isn't enough on its own. While this method of software development offers speed, security and stability, it's not perfect. The problem? It's often tied to ingrained organizational communication structures, which in turn have serious impacts on the way software is designed, tested and rolled out. The solution? Cross-functional teams that go beyond traditional borders.

Here's how to take your Agile process to the next level.

According to Inc., cross-functional teams (CFTs) can be defined as "groups that are made up of people from different functional areas within a company." These teams are empowered to make decisions at a lower level than is customary, allowing them handle the entire scope of a project from start to finish.

There are several obvious benefits to using CFTs. First is the ability to draw knowledge from multiple sources: On a software project that deals with personally identifiable information (PII), for example, it's helpful to have the input of an HR manager or legal expert to avoid potential missteps. In addition, multiple perspectives can prevent firms from falling victim to groupthink and encourage the development of new features or new ways of looking at a project that can be absent in teams of like-minded individuals.

Net Objectives notes another key benefit to CFTs: less waste. Cross-functional teams minimize delays and task switching, and almost eliminate the need to communicate project goals to members outside the team who do not fully understand the work being done. The results include reaching project objectives faster and having fewer defects when projects move into the testing phase.

According to Agile For All, tapping into these benefits isn't always easy. Why? Conway's Law. Coined by Melvin Conway nearly 50 years ago, the law says that, "Any organization that designs a system (defined broadly) will produce a design whose structure is a copy of the organization's communication structure." In other words, your teams naturally develop software that is reflective of your culture. That software, in turn, reinforces the existing culture and makes it that much more difficult to design truly Agile code. To alleviate this problem, going cross functional is only the first step, especially if your project targets a deep vertical in your system. In addition to putting a diverse team together, you must be willing to either overstaff teams or allow teams to underperform in the short term in order to expand their knowledge and start thinking outside the box. This increases the value of CFTs and sets the stage for long-term gains including faster development velocity, increased autonomy and the creation of a shared project vision.

Rally lists the top 10 mistakes by new Agile teams, and number three is poor team structure. The piece notes that great Agile teams must be both cross functional and stable to get the job done, but points out an even bigger problem: fear. This can be fear of underestimating or overestimating project dates and budgets, or fear of working with a new team; it can also be fear of thinking beyond company walls.

It's the problem of a new age, one where cloud-based software security testing providers are sophisticated enough to warrant a spot on cross-functional teams. By looking outside the confines of in-house talent, it's possible to expand the reach and performance of CFTs and detect vulnerabilities that occur during the coding phase of Agile development rather than only when it's time for the final security sprint. Just as CFT methodology holds that team members have more to offer than their narrow specialties indicate, so too with third-party software security partners — the right one can do more than just test an application in the last minutes before it heads out the door.

Want to take your Agile development process to the next level to enhance both project completion time and security? Opt for cross-functional processes, teams and people who aren't afraid to push conventional boundaries.