Post 1 of 6: Dispelling Mobile App Security Myths – Myth #1 This is post one in a series on Mobile Application Security. 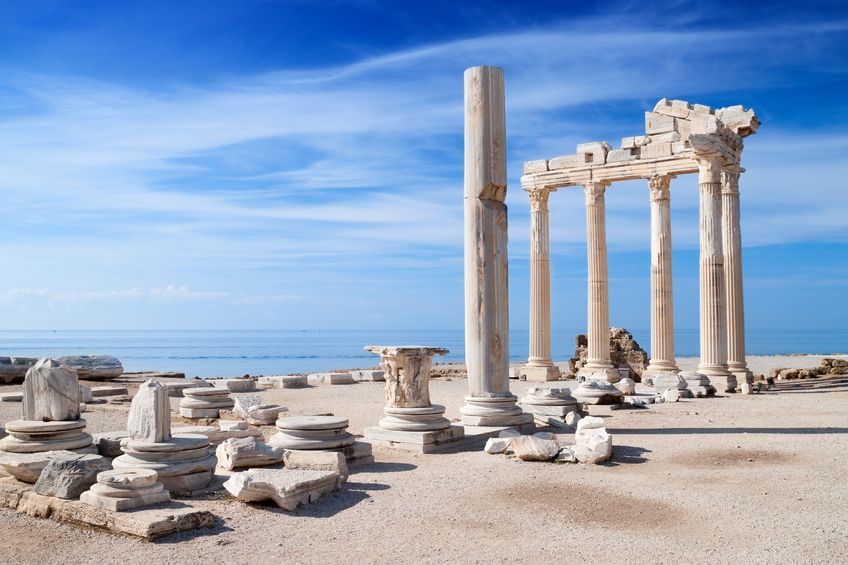 Mobile applications are everywhere. The growth of enterprise mobile apps in the past few years has been absolutely staggering. Forrester Research reports that 23 percent of the workforce has downloaded 11 or more apps (paid or free) to the smartphone they use for work, while 16 percent have installed that many apps to their work tablets. Up to 40 percent of workers admit to adding 10 apps or more to their work devices, across the board. Some mobile workers have two or three different devices that they use for work. With an average of 50+ apps installed on most mobile devices, the potential attack surface from untested software grows exponentially for the average enterprise. The reality is hundreds of applications per user are brought in close proximity to enterprise data stored or accessed via approved BYOD devices. Any one of them could be a malicious gateway to a potential data breach. I wish that most enterprises were attacking the reality of this problem head on. But they’re not. Instead, a bunch of myths about mobile security – specifically mobile app security – have taken hold. Six myths, to be exact. Why do these myths exist? We perpetuate them primarily because they are comforting and make us feel better. The problem with a myth is that ultimately, reality gets in the way. The best way to shatter myths is with empirical evidence to the contrary. Let’s examine these six myths one by one and discuss how best to dispel them at your organization.

Like the proverbial ostrich with its head in the sand, perpetrators of this myth point to the lack of media coverage of major mobile data breaches as proof the problem doesn’t exist. The fact is, nearly half of companies that permit Bring-Your-Own-Device (BYOD) have experienced a breach as a result of an employee-owned device – they’re just not talking about it. Six out of ten malware analysts at U.S. enterprises admit having investigated or addressed a data breach that was never disclosed by their company. This should surprise no one. The majority of companies still have no formal BYOD policy, and one-third have no application security program of any kind. This means that the software they are developing, mobile or otherwise, is at a higher risk of containing known security vulnerabilities. Secure software development practices are still not as widespread as they should be. For the mobile apps that most internal teams are producing, more than two-thirds of those first submitted to Veracode for vulnerability analysis failed to comply with the enterprise’s own policies or industry standards such as the OWASP “top ten”. Errors present in in-house apps often involve insecure data storage – broken cryptography, weak input validation, unsecured transport layer or weak server-side controls. While most mobile app flaws are easily remediated and most pass their next inspection, the high initial failure rate we’ve seen proves that CISOs have good reason to be concerned about threats to their mobile ecosystem. The magnitude of the mobile app security threat is compounding not just by the sheer numbers of devices and supposedly safe public apps out there that your employees are consuming, but also by the ever-increasing volume and sophistication of risky and malicious apps. In a webinar I recently hosted with Tyler Shields, senior security and risk analyst at Forrester, he revealed that a clear majority of enterprises are now concerned by the drastic growth of mobile malware… with good reason. It has been on an explosive trajectory over the last few years, especially on the Android platform. Juniper Networks latest Mobile Threats Report calculated that the number of malicious apps grew an astounding 614 percent from 2012 to 2013. These apps exhibit risky behaviors such as accessing files or logs, monitoring email or calls, sharing contacts or location, installing other software, and even rooting the device. Infected apps and malware executables find their way on to users’ mobile devices any number of ways. Risky user behaviors include downloading untrusted or unverified apps, allowing a family member to use a company-owned device, clicking on a malicious link in a phishing email, even visiting adult websites. Once installed, these apps get very close to enterprise data, especially if the device doesn’t use an MDM to enforce policies to prohibit apps that pose a risk. On an unprotected device, enterprise data can be accessed, intermingled, duplicated and even moved to the cloud. Let’s dispel this myth. The mobile security threat is real, and growing. In my next post, we’ll continue to break these six myths around mobile application security, exposing the realities confronting the enterprise mobile ecosystem.

Theodora Titonis’ passion for technology began when she started programming computers at the age of seven. With an academic background in computer science, an entrepreneurial drive and a visionary acumen, she focused on the challenging field of security and privacy. By 2009, Theodora built a multi-million dollar company providing security expertise to government agencies, leading financial institutions and Fortune 500 Companies. In 2011, Theodora founded Marvin Mobile Security, launching revolutionary technology to protect enterprises from the threat of risky and malicious mobile apps. Veracode, Inc., the leader in application security, acquired Marvin in September 2012. Ms. Titonis now serves as Veracode’s Vice President of Mobile where she is recognized as an expert and influential speaker in the field of mobile security and machine learning.