It's easy to be lulled into a false sense of security when you're using an iPhone, but is iOS really the better smartphone operating system when it comes to malware? 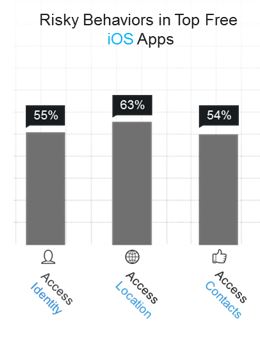 According to F-Secure Labs' latest Mobile Threat Report, malware authors continue to concentrate on the Android platform with 252 new threat families and variant families.  The report also shows that 81% of discovered threats are profit motivated. So what does this mean?

Most bad guys are still looking for cash with their malware! After reading this report it is natural to feel a little smug if you are an iPhone user – no new reported iOS malware families have shown up in the report.

Unfortunately, all reports on Android malware perpetuates the myth that “everyone knows iOS is safer than Android so I don’t have to worry about risky and malicious apps because our company only supports iPhones.” 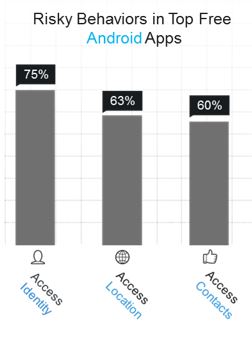 Both Android and iOS apps have similar stats for risky behaviors.  63% of not only Android apps but also iOS apps access location information. Not only that, but 60% of Android apps access your contact list that you sync to your device – so do 54% of iOS apps. These stats show that you shouldn’t be lulled into believing that malware is the whole story when it comes to mobile app risk.

Want to learn about other mobile myths and trends? Check out our on-demand webinar to see what Tyler Shields, Sr. Analyst, Security & Risk, Forrester Inc. and Theodora Titonis, Vice President, Mobile, Veracode have to say.perpetuates the myth “everyone knows iOS is safer than Android so I don’t have to worry about risky and malicious apps because our company only supports iPhones.”